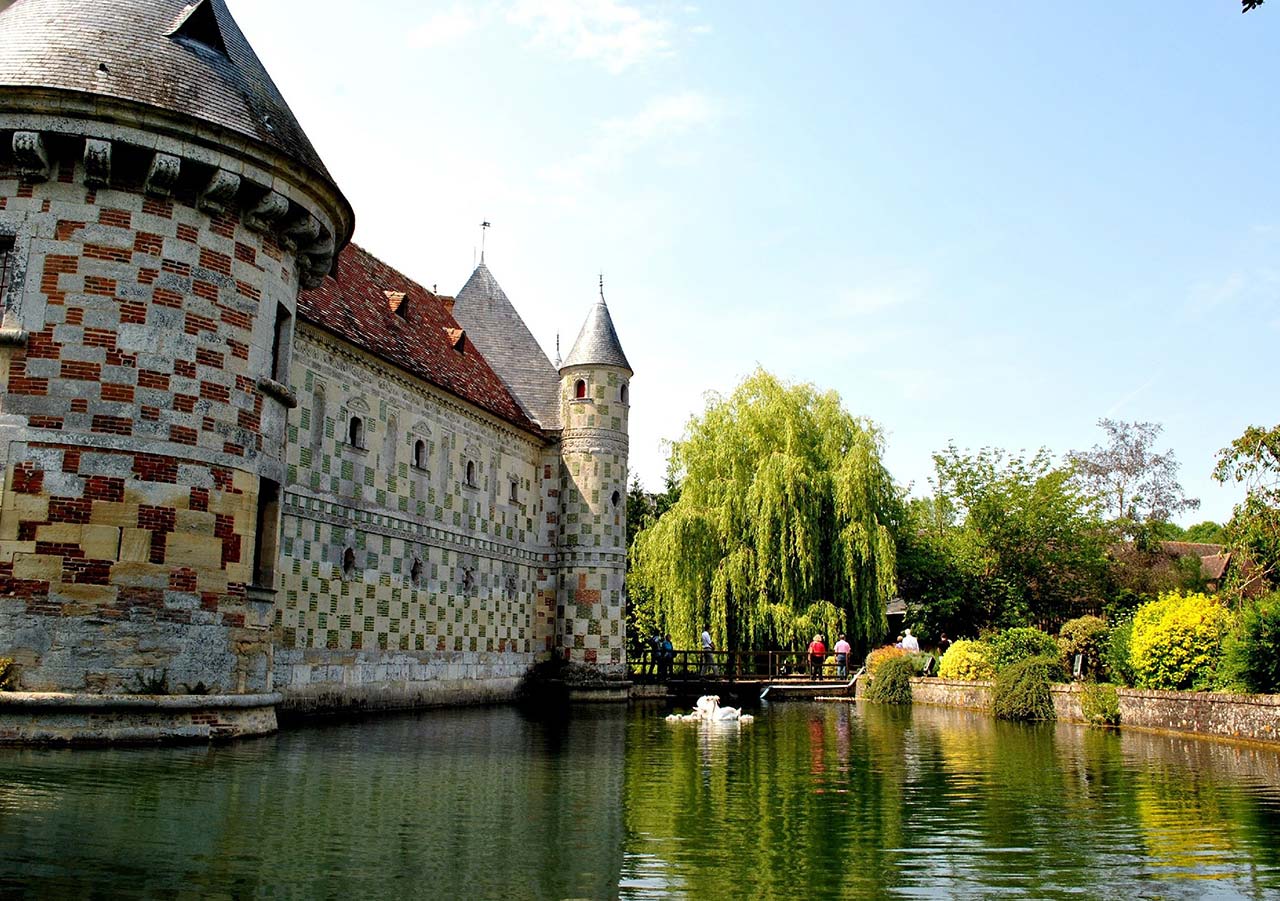 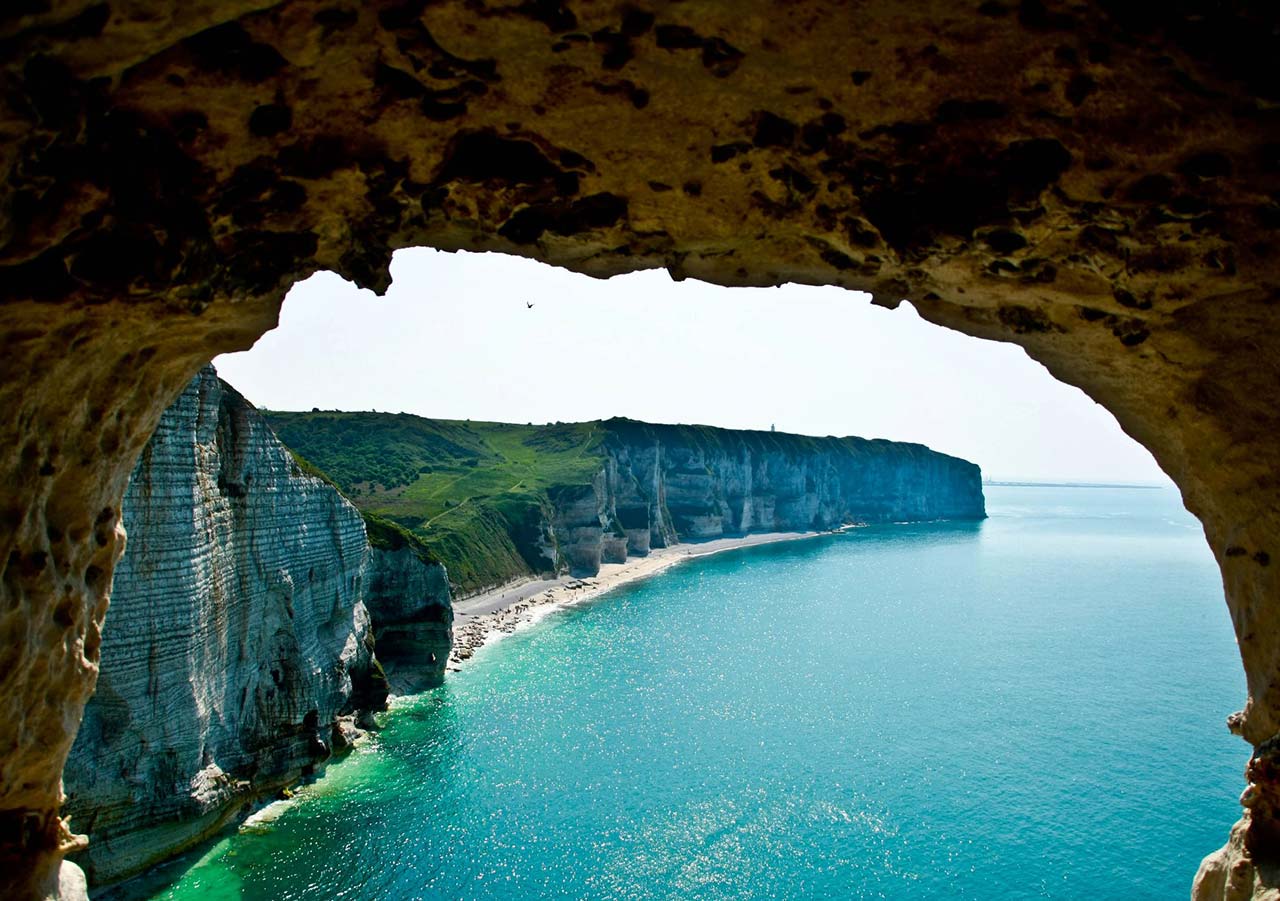 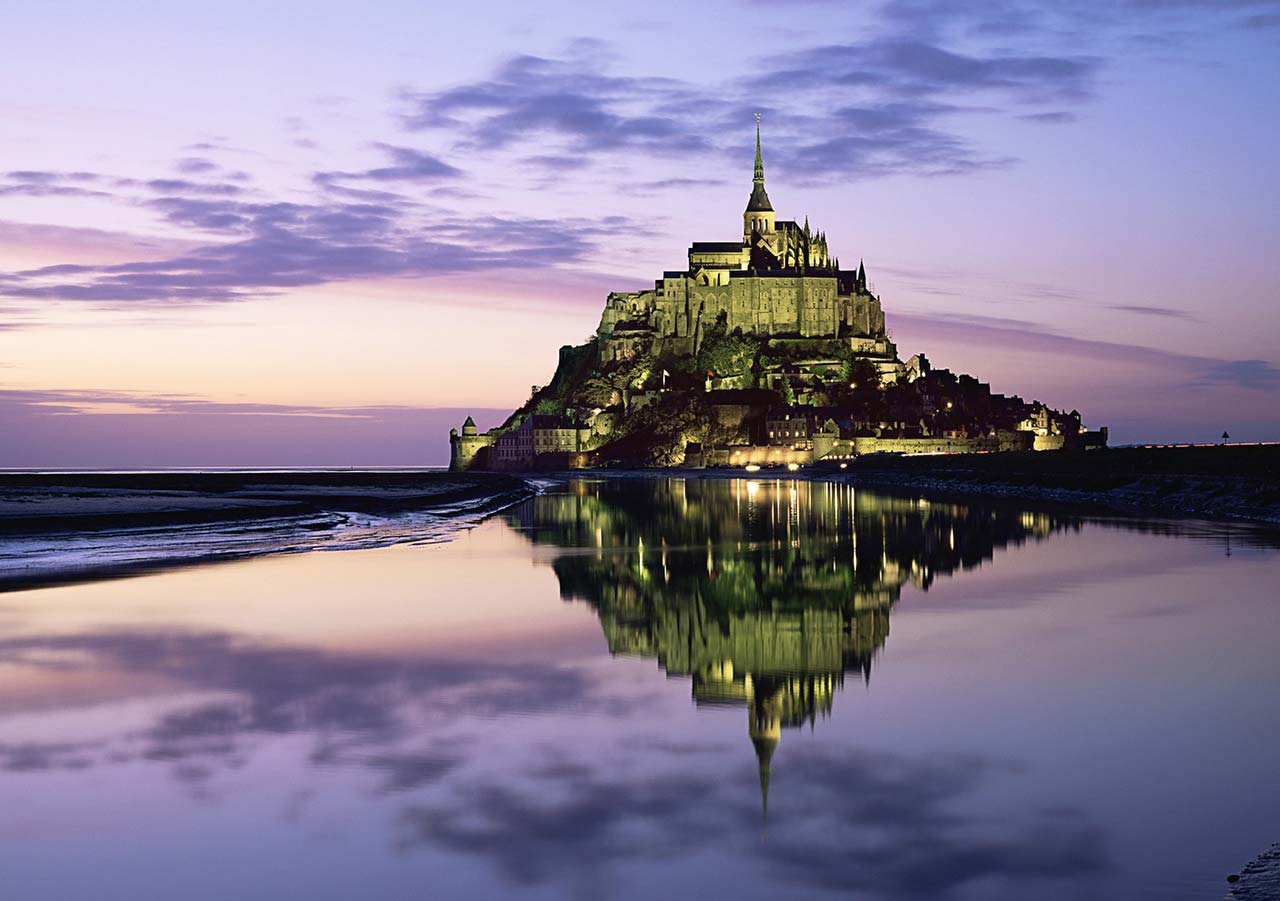 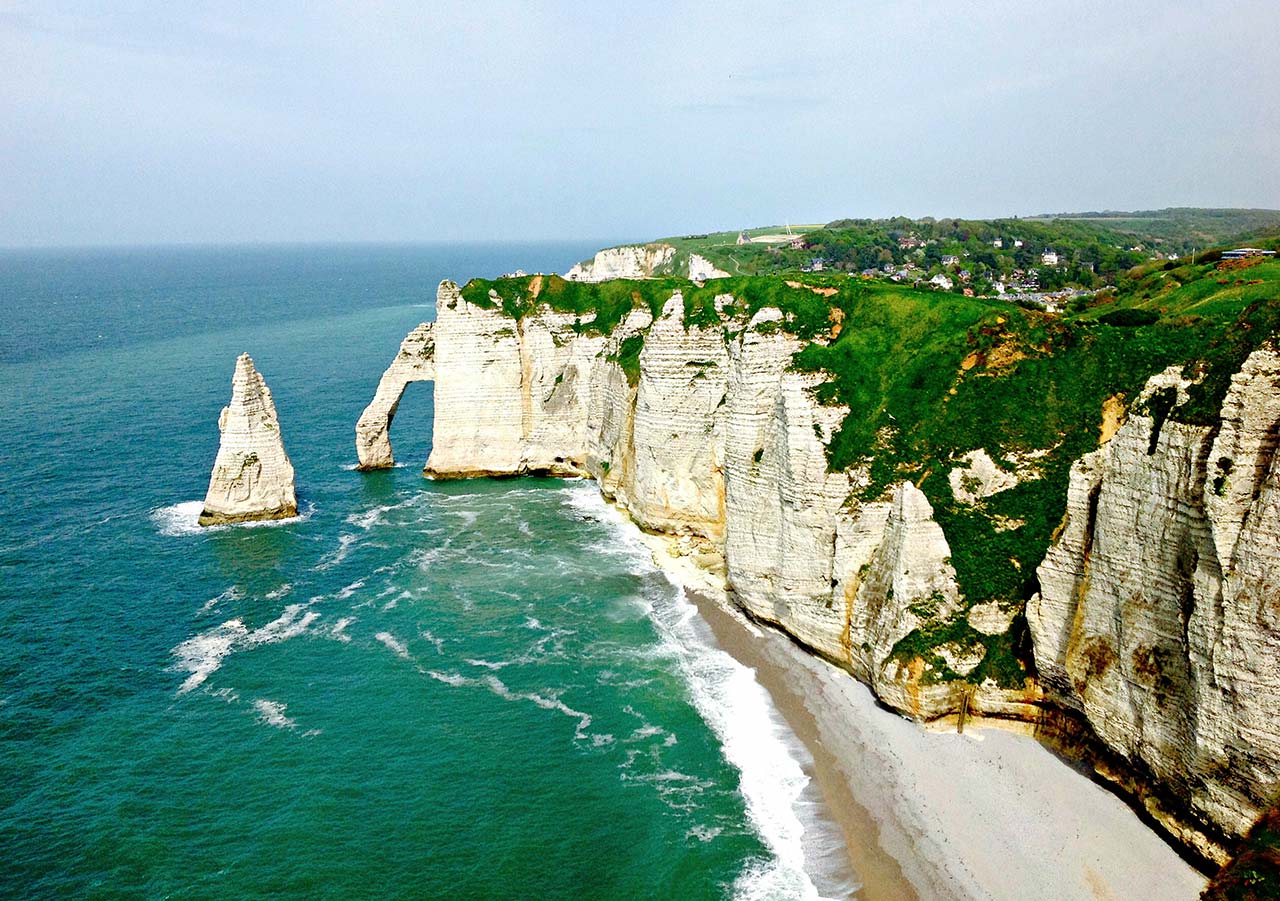 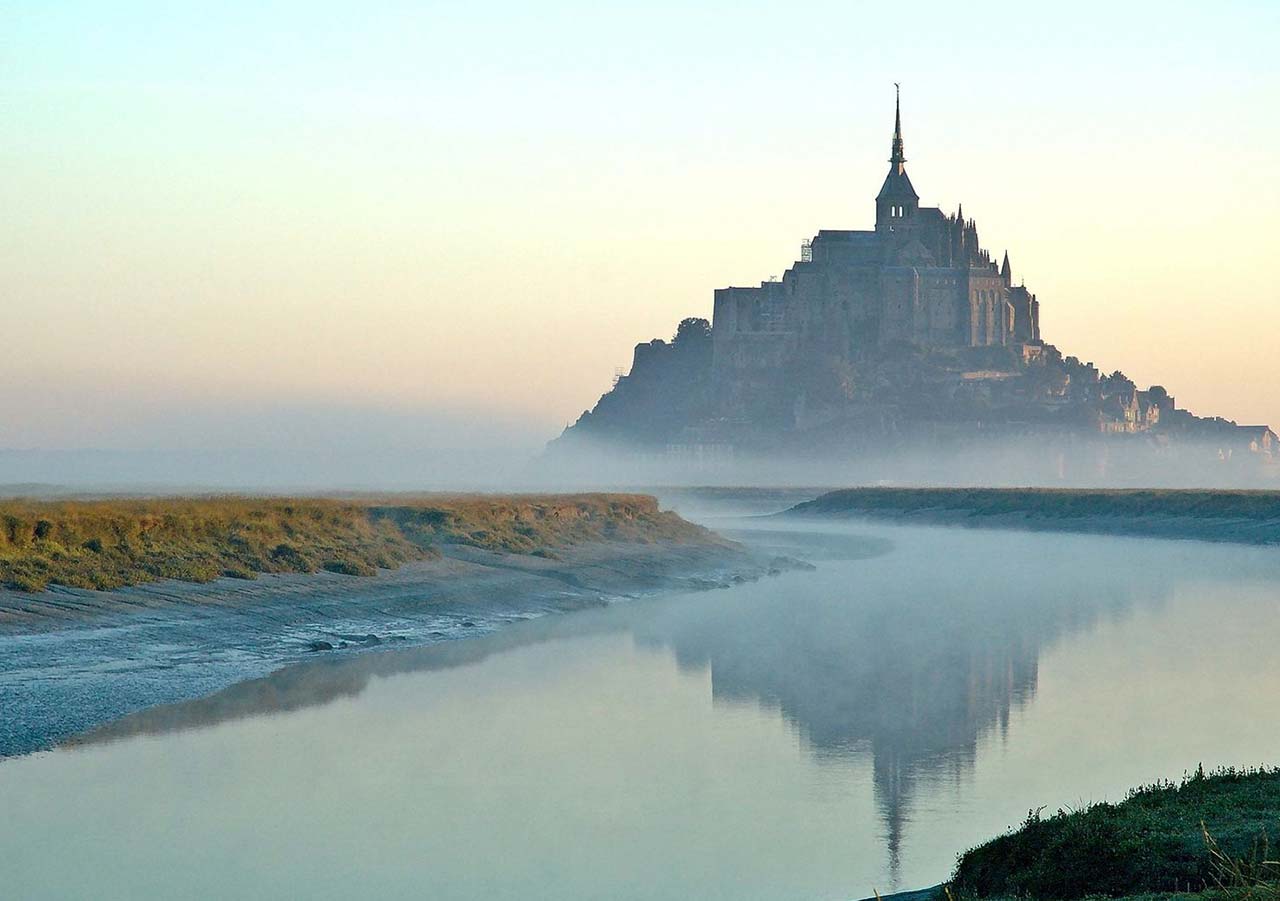 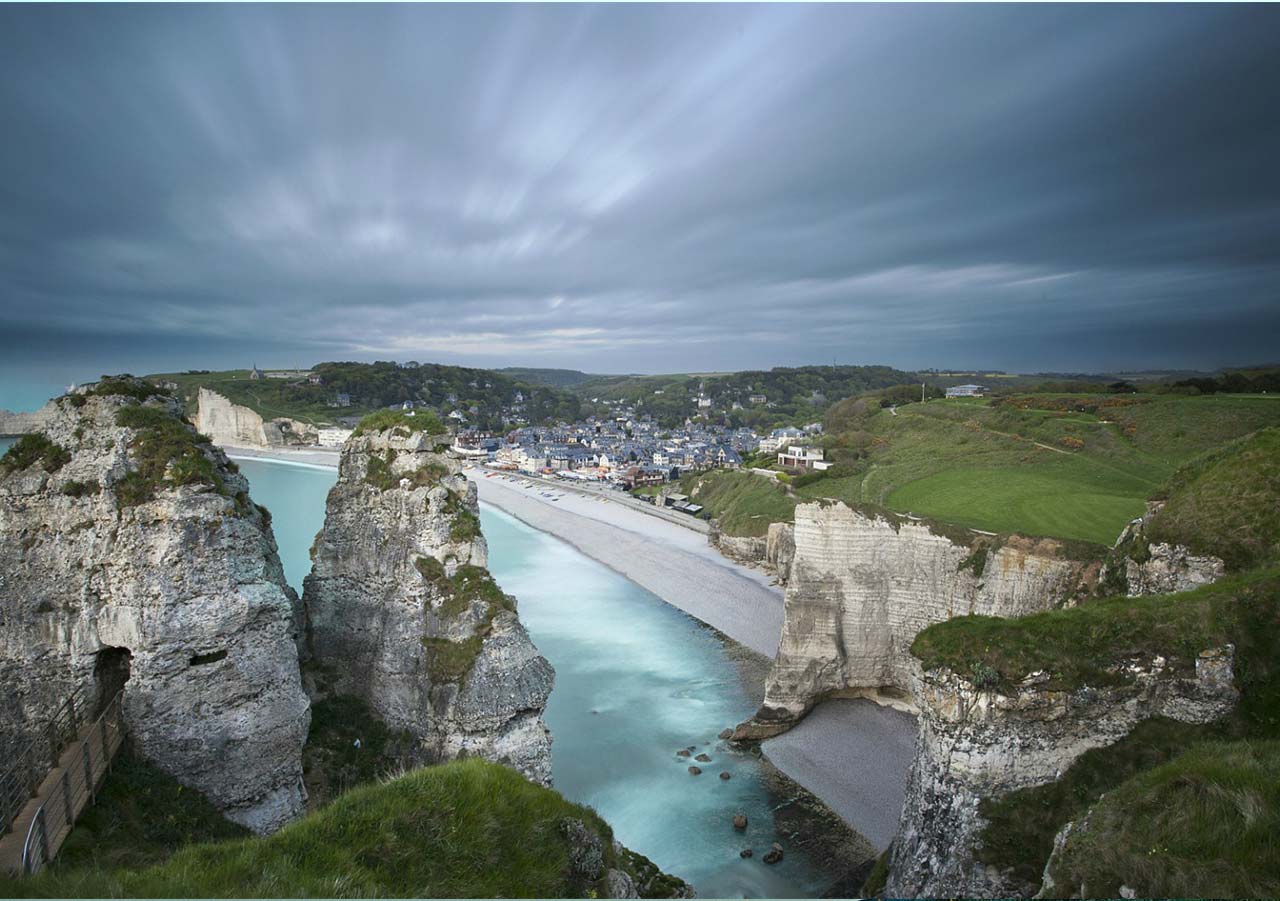 Normandy is a historical province located in the north-west of France along the English Channel, owing its name to the Vikings (Normans), whose leader, Robert of Normandy (Rollo), founded the first dukedom in the IX century.

Our excursion of Normandy will help you to discover this picturesque region of France that was favoured by French impressionist artists and writers. The tour begins in Paris, at the hotel where you are staying.

The journey from Paris to Rouen takes about 1.5 hours. Meanwhile, our guide will tell you the general history of Normandy. Rouen is the historic capital of Normandy, a “museum city”. During this tour, you will see the Rouen Cathedral, the Old Market square, where Joan of Arc was burned, and other historical sites and monuments.

The next point of this tour to Normandy, Etretat, is located on the coast of the English Channel. The road from Rouen will take approximately 1.5 hours. Etretat is visited by many tourists from around the globe, and famous for its coastal cliffs.

Another town on our roadmap is Honfleur. On the way to Honfleur, you will pass the Normandy Bridge, built by the French engineer Michel Virlogeux, opened in 1995. The bridge is 2,350 meters long. The main span measures 856 meters, maiking it world’s 6th longest bridge.

You will witness the scenery of Honfleur that served as an inspiration for the paintings of Renoir, Pissarro, Monet, Seurat, Satie and others. During the tour, you will visit the wooden church of St. Catherine built in the XV century.

Apart from the cafe society, Normandy was the favourite place of the French elite. The Paris nobility loved the city of Deauville so much that they came here on vacation and holidays to show off their wealth. During the tour in Deauville, you will see luxurious villas, casinos, and a race track stretching along the coast of the English Channel with long white beaches.

Adjecent to Deauville is Trouville, where at the seafood market, you can buy fresh and delicious sea catch.

At the end, Deauville will remain in the memories of visitors for the lifetime.

Rouen will be the the first town you are about to visit. It is the capital of Upper Normandy. It was founded by the Romans and has been growing since ancient times. You will have a walk around the old town and explore the house of the Exchequer, the Palace of the Archbishop, the gorgeous Palace of Justice dating back to the era of Renaissance, the “Grosse Horloge” (a 500-year-old chiming clock) and a steeple with a dome. You will be able to explore the Old Market Square where Joan of Arc was executed by fagoting. Then, you will enter the Notre Dame de Rouen, a cathedral Claude Monet loved depicting on his paintings.

After Rouen, the driver will take to the charming town of Honfleur that is situated at the mouth of the Seine river. This town is a perfect spot for vacation on any day of the year. Many artistic personalities lived and worked there over the course of years.

You will stroll around the old pier, visit the famous fish market where the fresh catch of seafood is processed and sold daily, and walk along the narrow lanes between the old houses reveted with mudstone.

You will be able to have a lunch at a local restaurant near the wharf with a beautiful view of the ocean, and then visit St. Catherine’s church, built of wood and wood only. Its bell chamber is embellished with ornate chestnut and oak.

The next point of the trip is \textbf{Bayeux}, the city from which during the war American, British and French soldiers managed to drive out the Germans with the least possible damage to the architecture of the city.

On the last part of the trip, the guide will show you the 800-year-old cathedral that has been carefully restored many times, and then the you will visit the William the Conqueror’s Centre where you will behold the famous Tapestry of Bayeux, the largest embroidery in the world. It provides historically accurate depictions of many events such as the Battle of Hastings, Halley’s comet, the death of Harold etc., and gives an overview of the XI century culture and lifestyle.