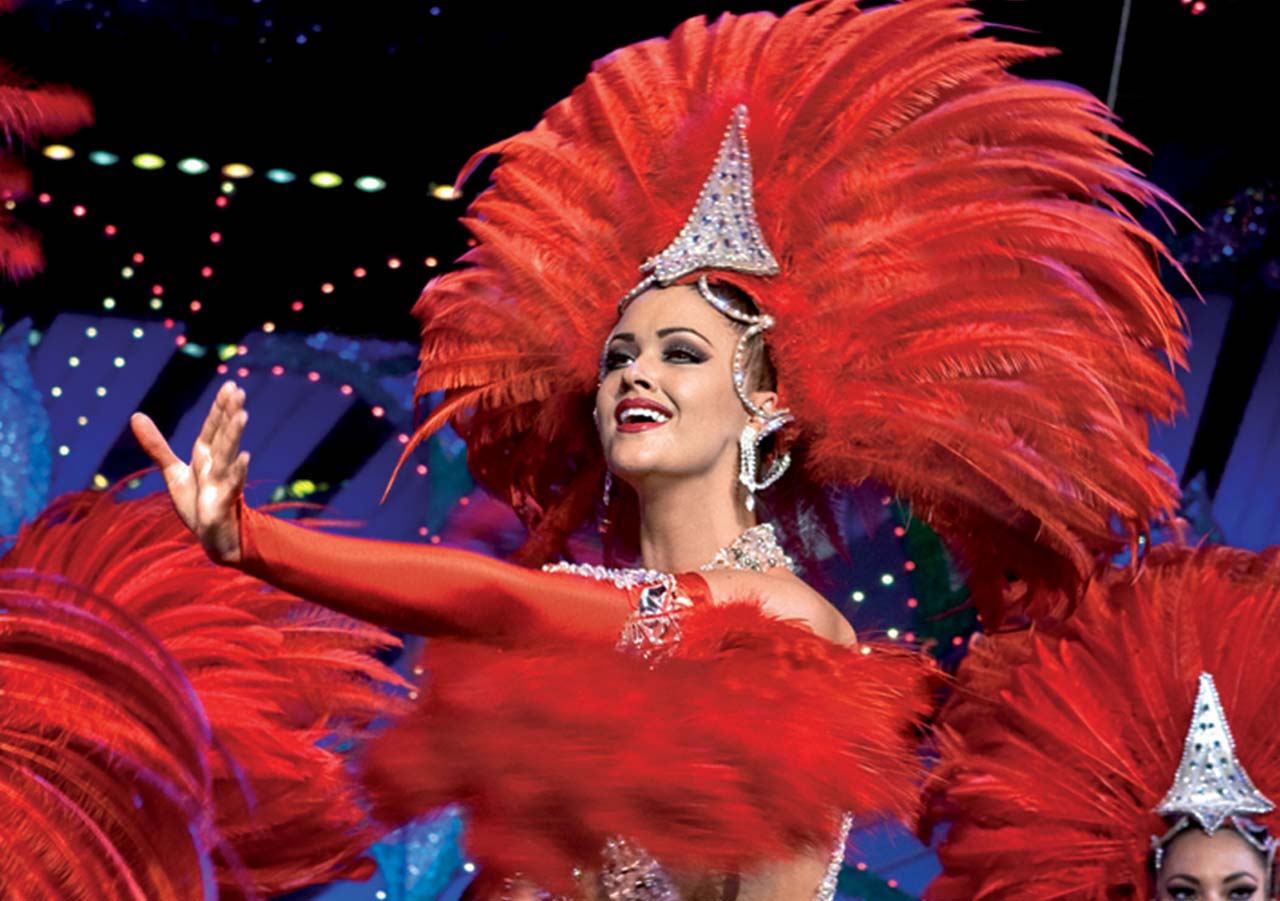 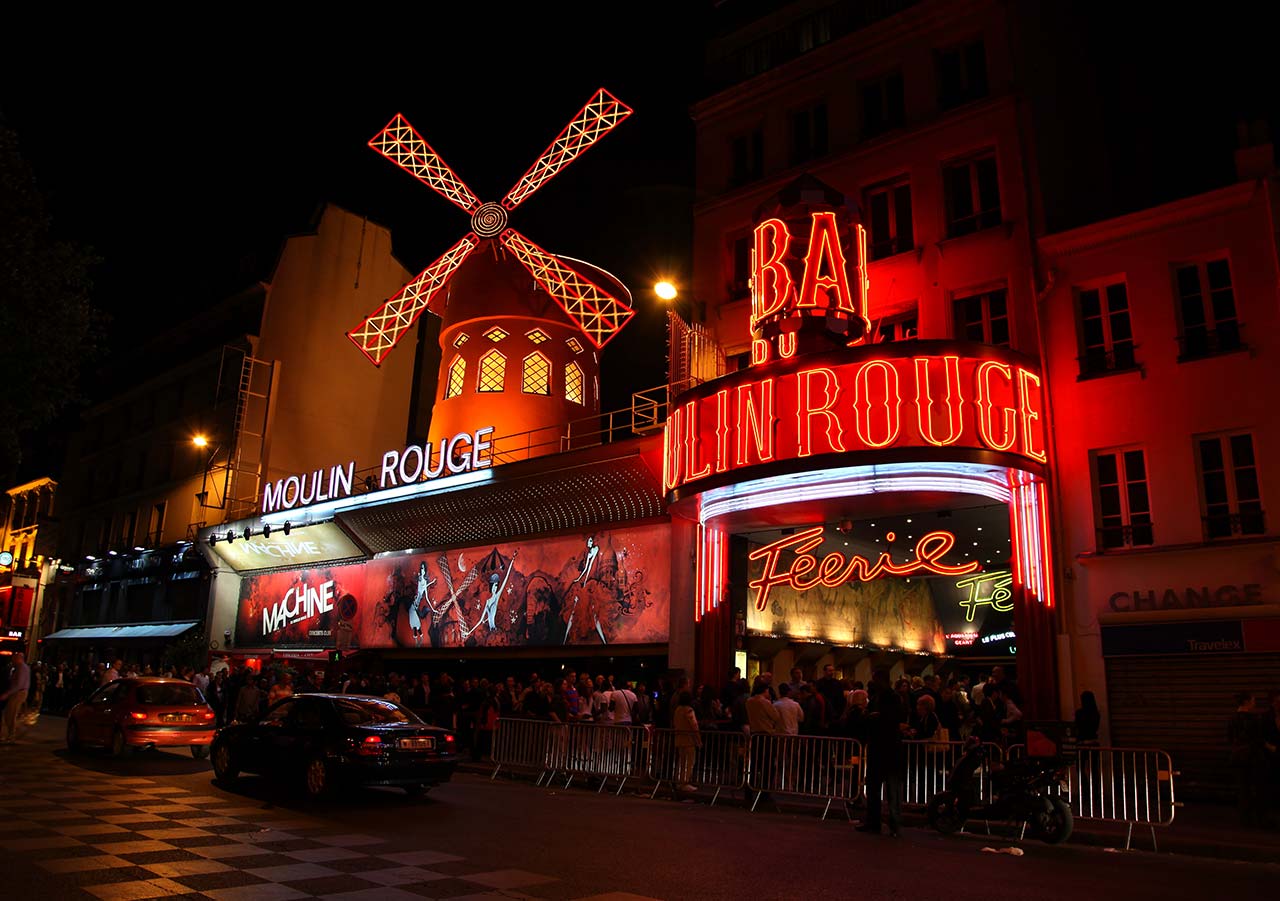 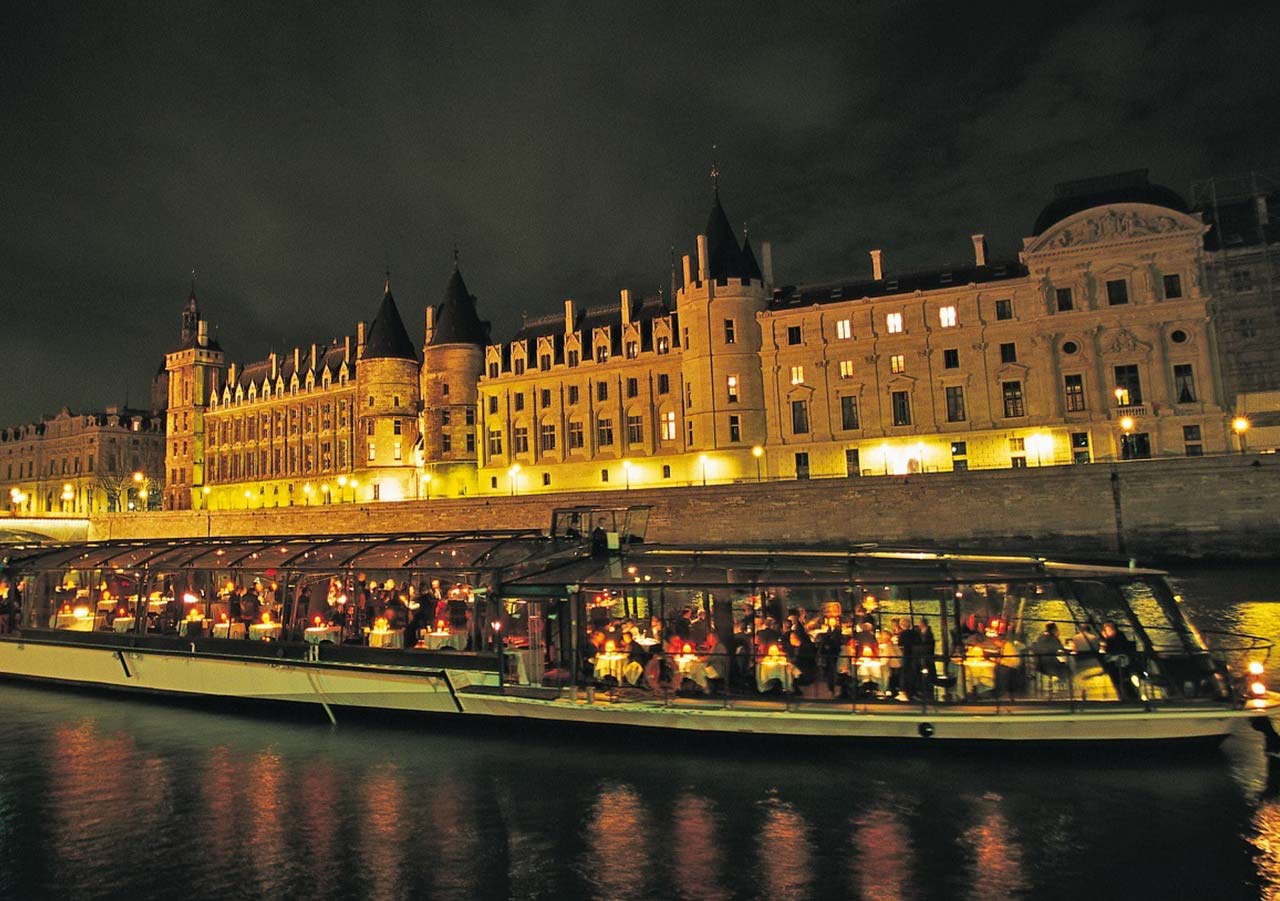 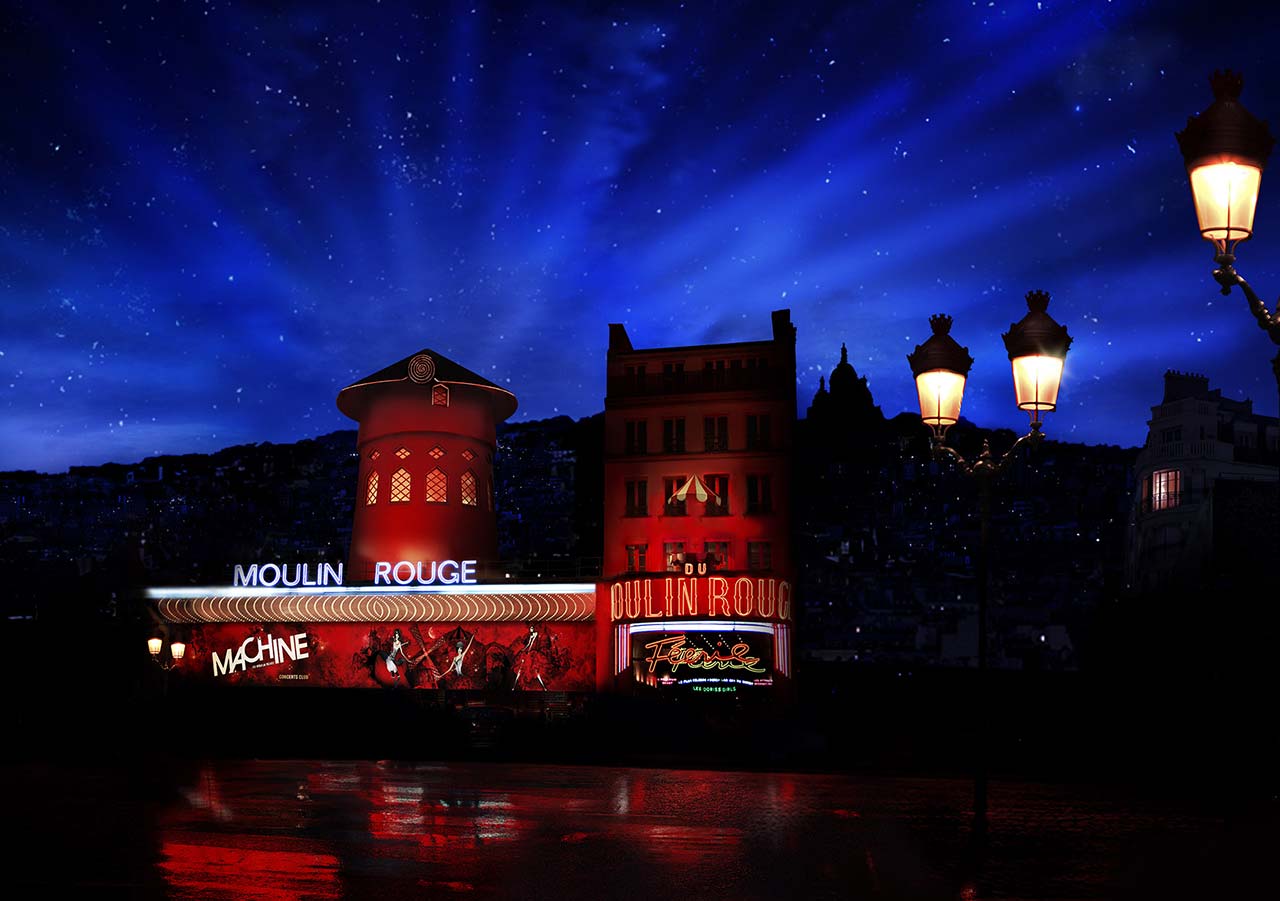 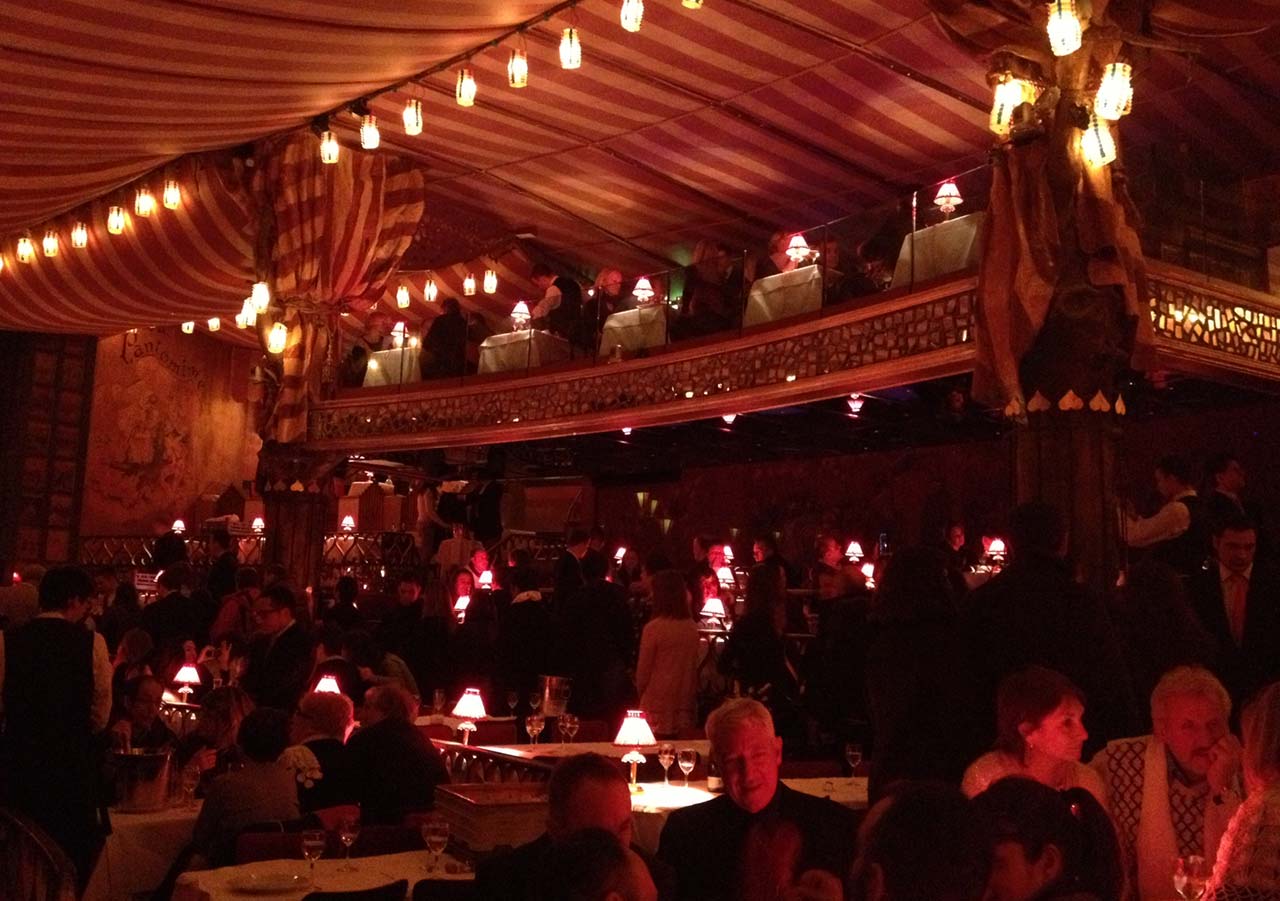 Moulin Rouge Cabaret (”Red Mill“) is the most famous Paris cabaret in the world, built in 1889 on an square of ​​Blanche and Boulevard de Clichy in the red-light district. The name comes from the cabaret “Red Mill” founded by Leon-Adolphe Villette. Red Mill was probably chosen by chance to deliberately emphasize the relation between this entertainment venue and the red light district.

Moulin Rouge opened its doors on October 6, 1889, and everyone wanted to visit it, and every Parisian was talking about it. Those who came here for the first time were stunned by the interior design that combined antique and modernity, the Eastern and European styles.

In the XIX and early XX century, Moulin Rouge became a place of libertinism, carefree life, and easy money. This institution combined everything: dancing late at the night, debauchery, card games, sleeping on couches, and people could invite a dancer to a room.

Moulin Rouge was popular not only among the middle class, but also the aristocracy, and even representatives of the royal families, for example, the Prince of Wales.

Many stars of the Moulin Rouge of the beginning of XX century are known today owing to the posters of the famous French artist Henri de Toulouse-Lautrec who was a frequent visitor and lover of this institution. He used to come here every evening to enjoy the beauty of the dancers, the atmosphere of fun and revelry. This is where Toulouse-Lautrec created many of his works that spread the fame off both himself and his favorite Moulin Rouge.

In the middle of the XX century, Charles Aznavour performed on the stage of the Moulin Rouge.

The Moulin Rouge was a great success in the XIX century, its popularity continued throughout the XX century, and even sophisticated audiences of the XXI century are amazed with its uniqueness.

Today, the Moulin Rouge is one of the symbols of Paris, a place of the legendary French cancan dancing. The cabaret accommodates 850 spectators.

“Comfort Tours” will help you to immerse into the atmosphere of the XIX century, to experience the charm of the French fun and spend your memorable evening in Moulin Rouge.

We shall help you make reservations, buy tickets and, and arrange transportation for you.

Dear visitors, “Comfort Tours” will help you spend your unforgettable holiday, hold a business meeting or a romantic weekend in a cosy setting with English-speaking staff who will assist you during your stay in Paris.

Attention! Children under 8 years are not allowed into the Moulin Rouge cabaret.