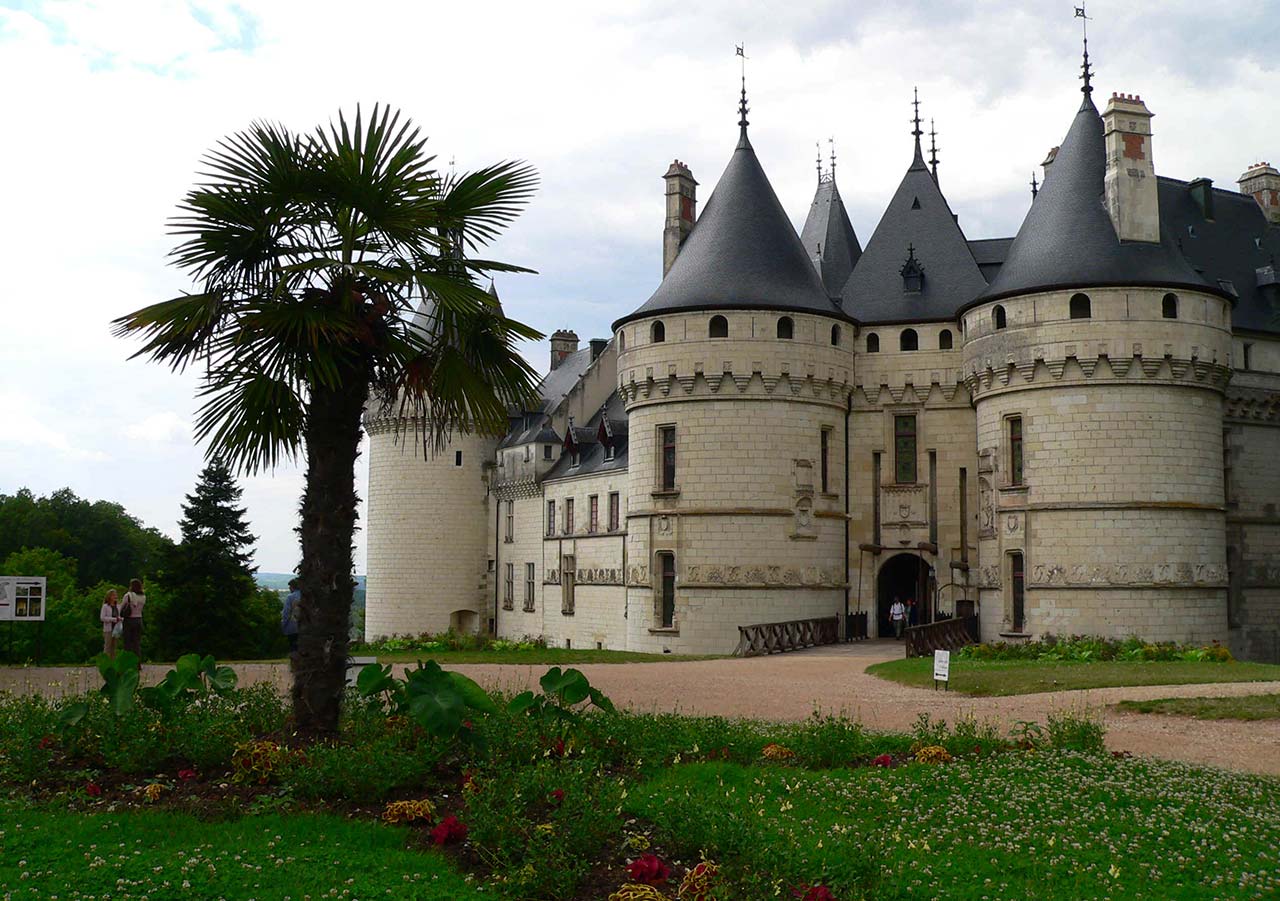 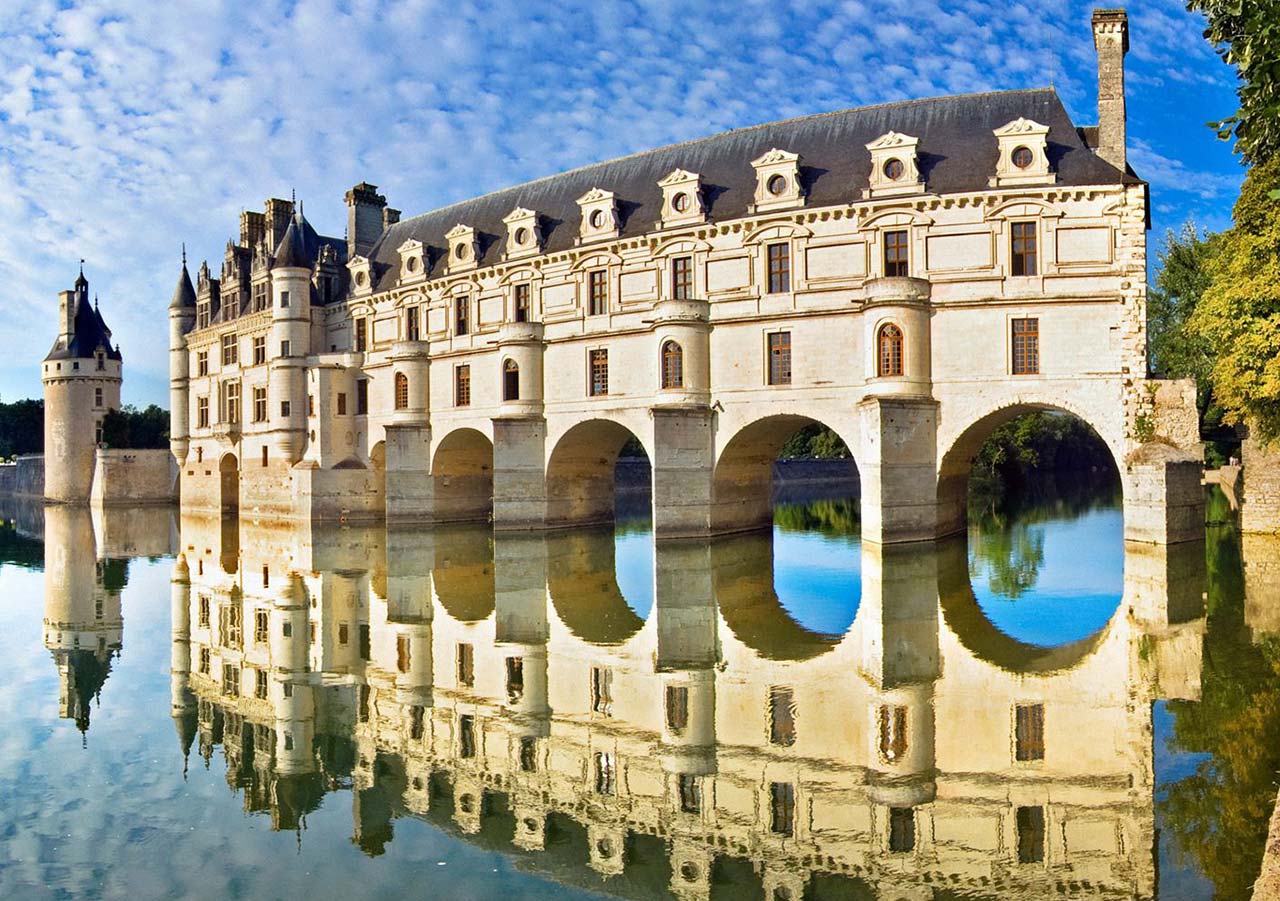 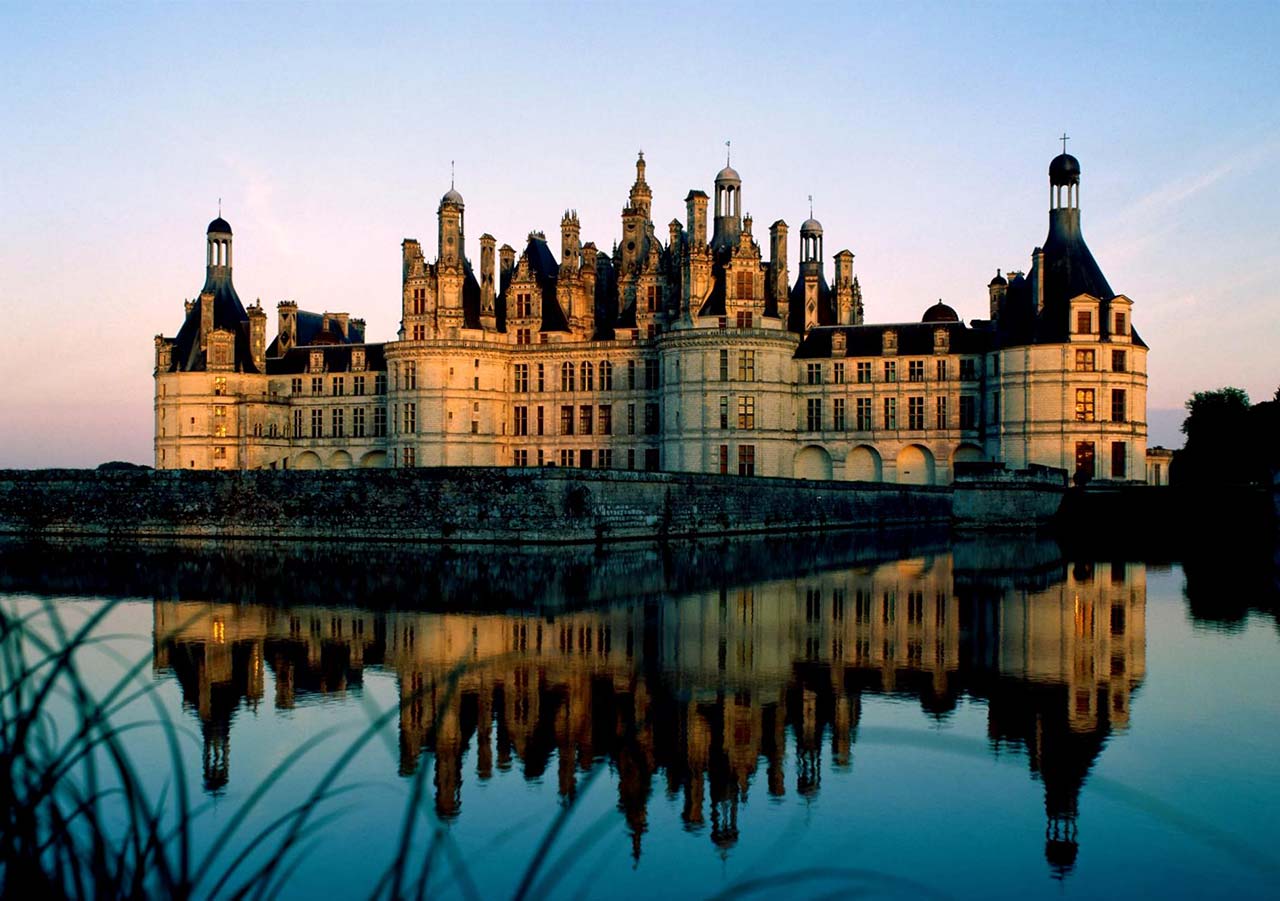 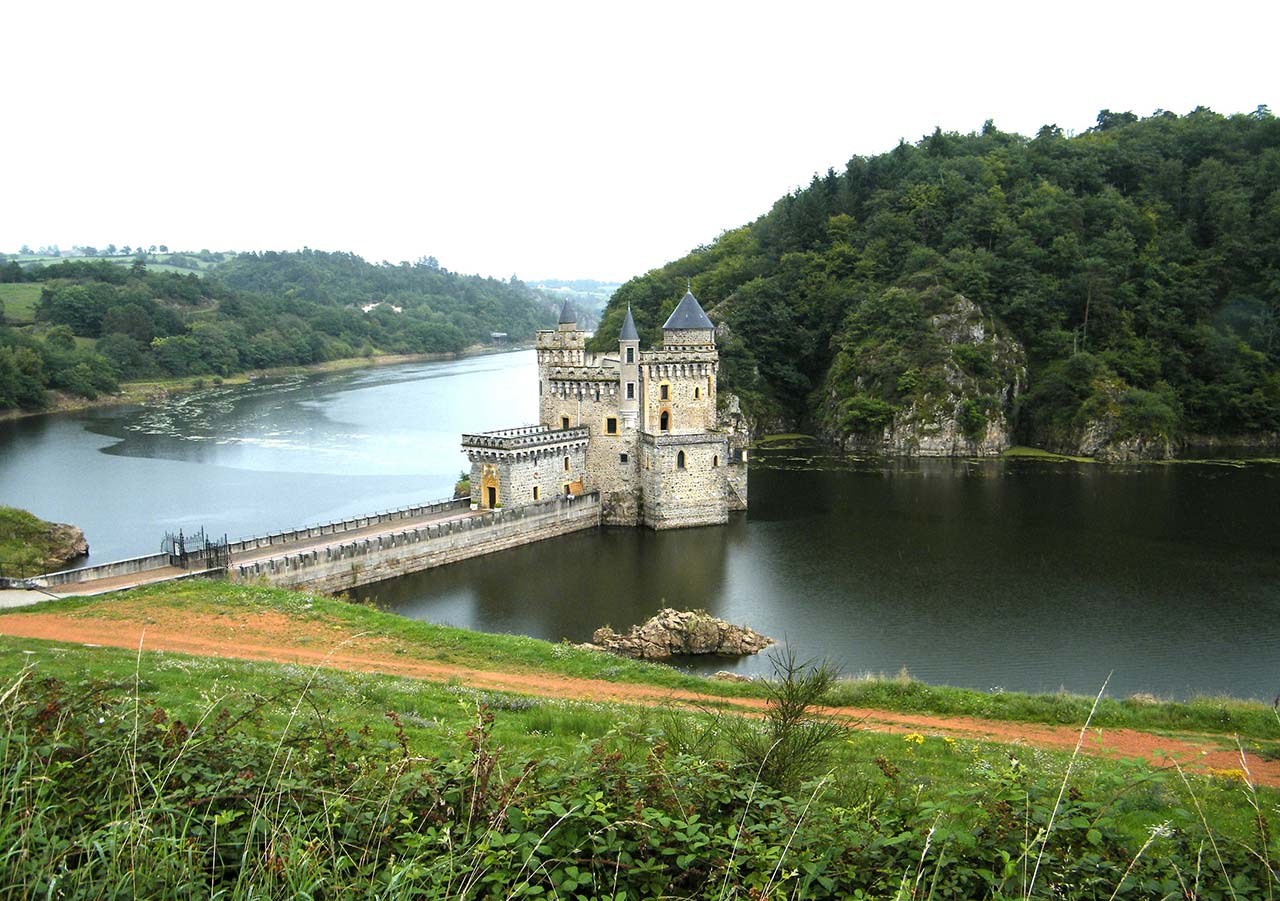 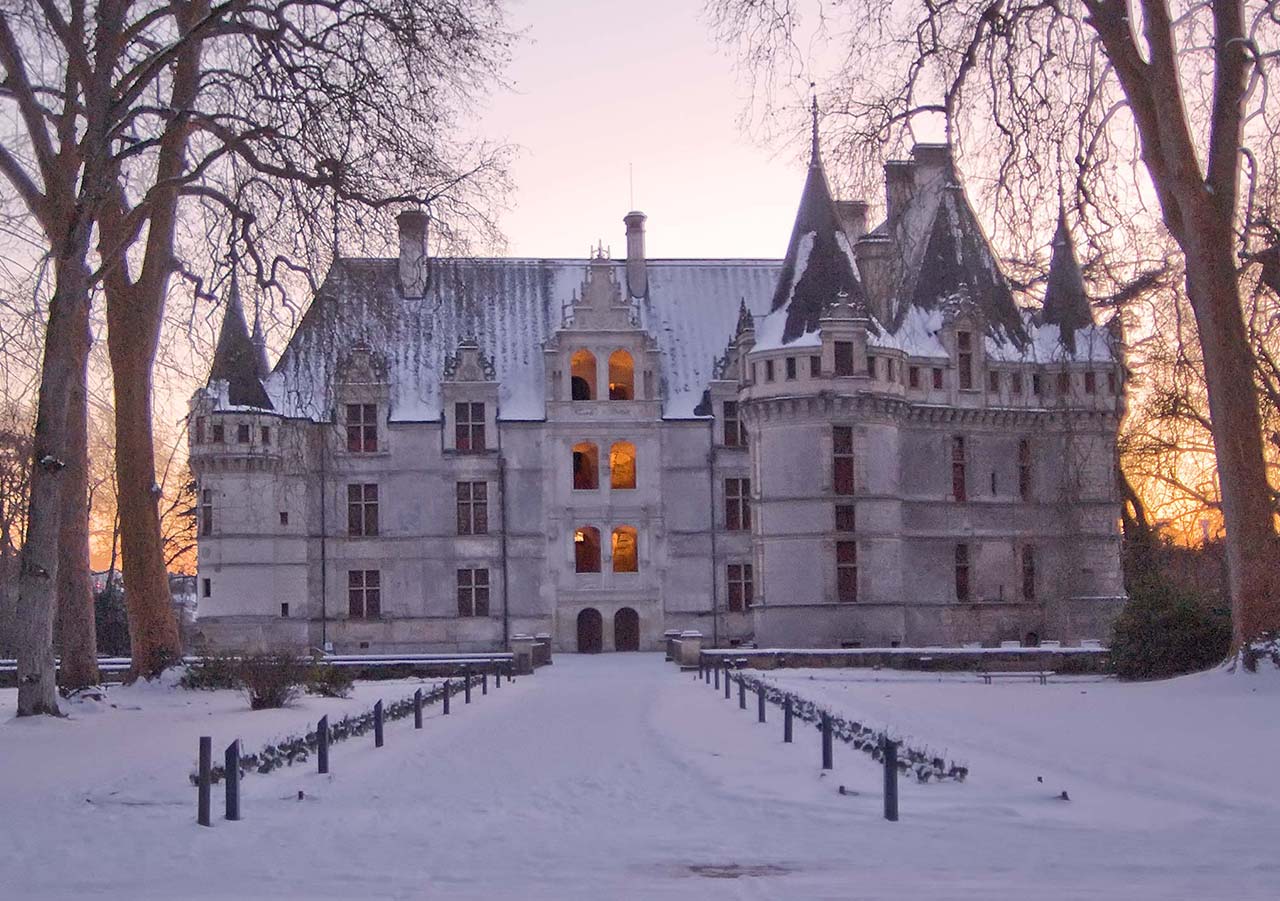 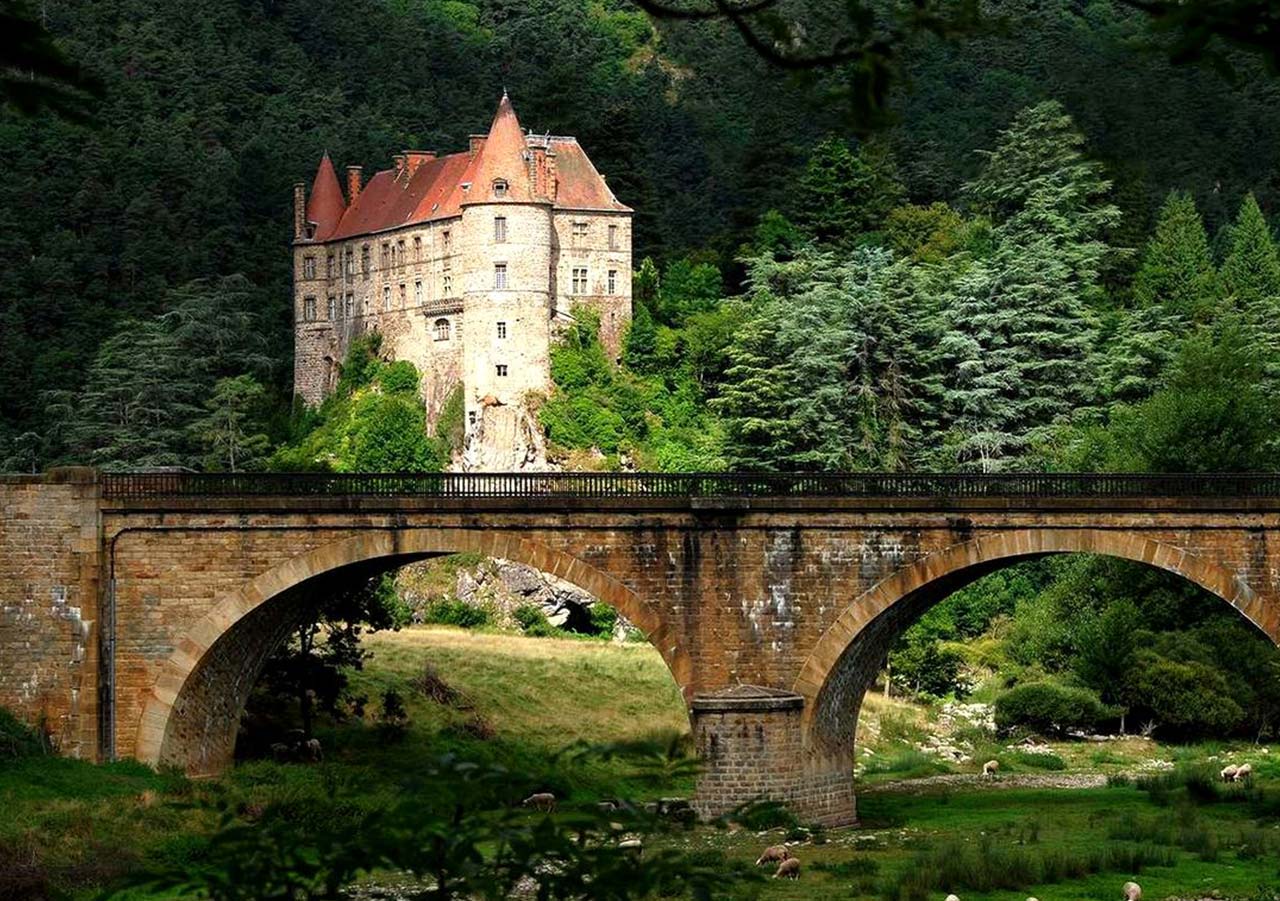 Our company, Comfort Tours, is happy to offer you a memorable tour in the Loire Valley and its chateaux. The Castles of Loire are world-famous, but what gave them such reputation?

First of all, they were built during the Renaissance and served as the residence of kings and their immediate family members.

The Loire Valley are fascinating in every aspect: the scenery, villages, and fairly preserved houses (often constructe in the XV century).

The Loire Valley castles tour (includes visits to 3 castles) takes approximately 10-12 hours, during which you will see the picturesque views and authentic French city buildings.

The Loire Valley is known for its beautiful antique and ancient cities. The most visited ones are Chenonceau, Chaumont-sur-Loire, Chambord, Blois, Amboise, Azay-le-Rideau, Villandry, Lanzhe, Ussé, and Chinon. The Loire Valley Castles tour will allow you to immerse into the atmosphere of the Middle Ages and the Renaissance. Roughly four million tourists visit this wonderful corner of France every year.

Our tips for tourists wishing to visit the castles of the Loire:
Videre Loire et non Mori (3 castles out of 42), and be inspired for your next trip to watch the rest;
Visit the Amboise castle to see the tomb of the world-famous artist Leonardo da Vinci;
Visit the Chenonceau Castle, the most feminine Castle.
Walk through the romantic and passionate “Gardens of Love” in the castle of Villandry.

The most interesting chateaux of the Loire to visit:

Chenonceau Castle: one of the most famous and most visited castles of the Loire. It is often called “Ladies’ castle” because it always belonged exclusively to women: Catherine de Medici, Louise de Vaudemont, and others. Chenonceau Castle, situated upon the River Cher, was given by King Henry II to his mistress Diane de Poitiers. Diane de Poitiers was 19 years older than the king, and remained his mistress for 21 years.

After the death of Henry II, Catherine de Medici forced Diane de Poitiers to exchange Chenonceau castle for Chaumont-on-Luare. The construction took 8 years, from 1513 in 1521, supervised by the architect Thomas Boye. Chenonceau is rich in its collection of art objects ranging from furniture in the Renaissance style, carpets and tapestries of XVI and XVII centuries, and paintings by the great masters such as Rubens, Van Loo, Rigaud, Primaticcio and others. During our trip to the castles of the Loire Valley, you visit not only the castle of Chenonceau, but also other chateaux (see description below). The Loire Castles tour can be adjusted to your preferences, so you can visit other castles.

Amboise Castle. The Amboise Castle was built by the French king Charles VIII in the XV-XVI centuries. In 1431, the castle became a royal residence and has since played an important role in the history of the French kings. Its distinct location on the cliff above the Loire made it hard for enemies to attack.

The history of this region begins in the 1st century AD. After the Xth century, castles begin to change themselves one after another. Only Amboise Castle survives till today. With immense cliff provides stunning views of the Loire and the ancient streets of the city.

In the wine cellars of the castle, they offer to taste wine and cheese. The castle still has a church of the XV century preserved in its original state, the fortifications and the tower of the XIV century, as well as Hall of the State Council and the Royal chambers. This small town became world-famous owing to the Italian artist Leonardo da Vinci, who spent his last three years, died, and was buried here. He was invited to Amboise by Francis the first, who made him his court painter at the small castle of Clos Lucé. The king paid Leonardo a monthly allowance. Francis also supported the artist by buying his works of art. In this manner, the world-famous Mona Lisa, or Gioconda, was purchased, and is now exhibited in the collection of Louvre. Leonardo da Vinci died at the Château du Clos Lucé, and was buried in the church of St. Florentine in Amboise. Unfortunately, the church was destroyed during the Revolution, and the grave was desecrated. It is believed that the artist’s remains were transferred to the chapel of Saint Huber, which now has a memorial plaque, but this fact is still disputed by scientists and art scholars. Château du Clos Lucé has an exhibition where you can see the replicas of inventions of the great genuis of the Renaissance: helicopters, sliding bridges, U-boats, gliders, diving suits and other contraptions. All models have been constructed using the restored drawings of the Architect, artist, sculptor and engineer. Today, the castle is in the property of the Foundation of the Paris Count, the heir to the Crown.

Chambord Castle. Château de Chambord is the largest palace complex in the Loire Valley: it is 156 meters in length, and 56 meters in height. The castle has 426 rooms, 90 of which can be freely visited by tourists.

The castle is located in the centre of the park, an area of ​​54.4 km², the same area as Paris. Francis I commenced the construction of the castle in 1519. According to his idea, the castle was to combine two styles: Italian Renaissance and traditional French style, and for that purpose, he invited Leonardo da Vinci. The Grand Master began his work on the implementation of the king’s ideas, but did not finish it due to his death.

One of the attractions of Chambord castle is the spiral staircase, ornated with a pattern that is considered a great achievement of the French Renaissance. The visitors can walk up various spirals that do not intersect. It is believed that such staircase design was inspired by the great genius Leonrado da Vinci, but to date there is no evidence of this.

Blois Castle. Blois Castle is one of the jewels in the plethora of Loire castles. It is considered to be the largest castle. It was the favourite residence of two French kings, Louis XII and Francis I. These rulers created Blois as we know it today. The Castle of Blois is deemed the worthiest of all Loire castles to be called the Royal Residence.

In the XV century, the main part of the palace was built according to Dukes’ of Orleans command. After Louis XII ascended to the throne, he continued to live in this castle.

In the XVI century, Francis I allocated funds for the restoration of the castle interior in the style of the Renaissance, but unfortunately, he never moved to this palace.

It was not until the XVII century that Gaston, the Duke of Orleans, commissioned the construction of the wing to the architect François Mansart. Another part of the palace was built in Baroque, a relatively new style for those times.

In the XIX century, Louis-Philippe, after he came to power, restored and renovated the Blois castle that was ruined during the Revolution.

Château de Villandry. Villandry castle is known for its three magnificent gardens: donjon, the ornamental garden and the garden with a pond. The Villandry Castle was not built for military purposes, but for a lavish life. The Villandry Castle was built by Jean Le Breton, the personal secretary to Francis I, for himself. At the same time, he was supervising the construction of the castles of Chambord and Fontainebleau. The gardens of the Villandry Castle were designed by Jean le Breton. As an ambassador, he spent a lot of time in Italy, studied the paintings of old masters, on many of which beautiful gardens were painted. Inspired by what he saw, Breton decided to create gardens that had not previously existed. At the present day, nowhere in the world exist any analogues of these gardens. Villandry Gardens consist of three levels: the upper level has a water mirror and a terrace with an orchard. On the middle level, there are the “Gardens of Love”, named after the motifs used to create them. The “Garden of Love” composition consists of four regular squares. One of them is planted using the shapes of hearts and arrows representing passionate love. In the adjacent square, only yellow flowers grow, which is a symbol of infidelity. The south-western square consists of hearts separated by flames, symbolizing delicate feelings. The last square is planted with crimson flowers, and flowers in the shape of swords that symbolise passionate love. The bottom of the garden has multi-coloured flower beds, varying in shape and size. A variety of vegetables are planted there, such as cabbage, carrots, beetroot, squash, and fruit trees such as apples and pears. The composition is finished with a small fountain in the shape of eight-pointed stars, designed for watering plants. The gardens are surrounded by a channel that is used for irrigation and for the decoration of Villandry gardens.